Under the announcement (U.S. Treasury) and the rule (IRS), benefits now available include the ability to file a joint income tax return (which may cut your tax cost), but also increase the tax-free part of a couple’s estate for transfer to heirs (double an individual’s lifetime limit). Additionally, all the same income tax benefits that may come from filing a household income tax return are available, including deductions, exemptions and credits. 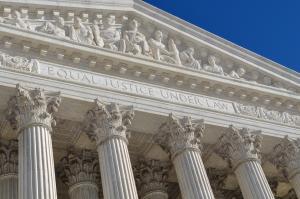 For those living in a state that does not recognize such a union as a marriage, the IRS will consider you married so long as your marriage was entered into in a state/country that recognizes same-sex marriage. It does not apply to civil unions, registered domestic partnerships or similar relationships recognized under various state laws.

For those married in the last three years and whose tax liability would have been less had they filed their tax return as Married Filing Jointly, you may file a refund claim with a modified return for the affected tax years. You are not required to file amended returns for previous affected years, however, those that are married are required to file joint returns beginning in 2013.

William founded Callahan Financial Planning and previously served as President of the firm.