This week, budget legislation (Bipartisan Budget Act of 2015) passed in Congress to remove the ability for spouses to take advantage of the Social Security strategy commonly known as file and suspend. Previously, the file and suspend strategy allowed Spouse A, at full retirement age, to file and suspend their own retirement benefits to earn delayed retirement credits. This also allowed Spouse B to begin receiving a spousal Social Security benefit at that time (while earning delayed retirement credits on Spouse B’s benefits as well). The new law prevents a spouse from claiming a spousal benefit and later switching to their own benefit.

This strategy, often debated as a “loophole” by some, became possible in 2000, when Congress passed the Senior Citizens Freedom to Work Act. This allowed voluntary suspension of Social Security benefits for people who had already claimed, and then changed their mind and wanted to suspend them later.

The change takes effect 6 months from now. Initially, it had appeared that any person already receiving Social Security benefits under a file and suspend strategy would stop receiving payments after 6 months; however, an amendment exempts those who are already receiving benefits, along with anyone born in 1953 or earlier (age 62 by 2015). 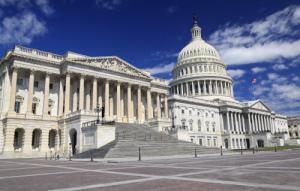 For people planning for retirement that had anticipated using a file and suspend strategy, this change will have an impact on what is necessary to meet their retirement goals. As of September 15th, the average monthly Spousal Benefit published by the Social Security Administration was about $685 ($8,220 per year). For a person who had planned on suspending their own Social Security benefits from age 66 – 70 and claiming a spousal benefit during that time, this could mean, on average, up to $34,100 less income during these 4 years.

For many, this change may make it necessary to consider making changes to retirement plans. These changes might include working longer, working part-time earlier in retirement, spending less in retirement or saving more before retirement. An example might better illustrate the impact of this change. To replace the amount of income previously expected from a file and suspend Social Security strategy from ages 66 – 70, an individual would need to save about $226 per month, earning a 5% return each year, for 10 years.

While this change may seem fairly small in light of the entire Social Security system, retirees should ask themselves: What impact does this have on my retirement and what should I be doing today to make sure my plan remains on track?

Reuben is the Managing Director of Callahan Financial Planning and is a Certified Financial Planner™ practitioner serving clients in the Denver metro area in Centennial Colorado, in San Rafael, San Francisco, and and Mill Valley in Northern California, and Omaha and Lincoln in Nebraska.