In the Greek poem, The Odyssey, Homer illustrates an age old flaw in human nature. Odysseus, the hero, is warned by goddess Circe that when his ship is sailing by the island of the Sirens, the irresistible songs of the Sirens will lure him towards the island and destroy his ship.

The sirens are symbolic of the flaws and biases that seem to be a natural part of our brain’s chemistry. Homer suggests a solution to keep these flaws in check. To counter the allure of the Sirens, Odysseus orders his crew to tie him to the mast of the ship and to ignore his future pleas for release until they have passed the dangerous islands. Odysseus commits himself to a rational course of action at a neutral time to ensure that he does not get swayed by emotions during the time of distress.

Behavioral finance is the scientific iteration of this age old quest to understand the flaws of human nature, albeit in the context of finance. It holds that individuals do not necessarily act rationally and in their own self-interest. The work in this field seeks to observe the behavior of individuals in a marketplace and detects biases and flaws that may prevent them from achieving their goals. And, analogous to Odysseus’s pact, behavioral finance suggests strategies to help us prevent harm to ourselves from our own behavioral vulnerabilities. 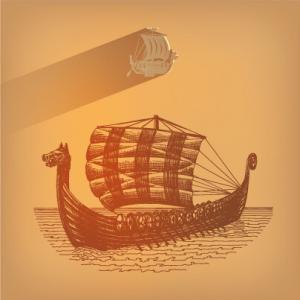 In a recent paper, Benartzi applies the logic of an Odysseus agreement to the field of investment management. He proposes the idea of a “commitment memorandum” that ties the investor to a predetermined, rule-based investment trajectory. The investor and their financial advisor should agree, in advance, to a specific course of action in event of a major movement in the markets. For example, if the stock market were to drop by 25 percent, the investor will buy more stocks instead of exiting the market out of panic, and vice versa.

It is well understood today that an investor will be better off buying stocks in times of market declines versus market increases. Stock valuations tend to be more favorable during times of market downturns compared to their upswings. Warren Buffett made his biggest investment, worth $34 billion in BNSF, in November 2009 when the markets were at relatively low valuations. His $5 billion investment in Goldman Sachs was also at the peak of the financial crisis of 2008, a time also well regarded to be opportunistic.

However, most individuals do not have the temperament to buy stocks in a falling market. Similarly, we are prone to get caught up in the euphoria of a market rally, maybe similar to the one we are experiencing currently, and increase our exposure towards stocks instead of reducing it.

There are no assurances available regarding the future performance of one’s investments, and past performance does not imply future results will be the same. However, an Odysseus agreement is an excellent way to get better control of our emotions, and to improve our chances of earning Buffett-like returns by making investments when few others are willing to do so.

Ravi is a financial planning associate and a Chartered Financial Analyst candidate with Callahan Financial Planning, with offices in San Rafael, San Francisco, and Mill Valley in Northern California, in Omaha and Lincoln in Nebraska, and in the Denver metro area in Centennial Colorado.