New Federal Tax Rates for 2018 for Individuals and Families

Note: tax rates shown are marginal, meaning your income at each level is taxed at that rate. Putting aside other variables for a moment (such as deductions/exemptions, capital gains that are taxed at a different rate, AMT/Pease, Medicare Net Investment Income Tax, etc.) a household earning $240,000, for example, under the new law would have a federal tax due of $46,179, or an effective tax rate of 19.24%, less than its marginal tax rate of 24%.

See this for a better understanding of the difference between effective tax rates and marginal tax rates in 2018.

This list is not comprehensive, but addresses the most significant changes.

There were controversial elements debated in the months leading up to the tax bill. For posterity, here are some things recently discussed that did not become law: 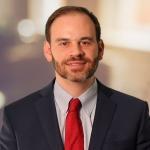