The S&P 500 (a broad measure of large American business stocks) averaged a compound annual return over the last century of more than 9% (made up of the change in stock prices plus dividends). This long-term average has been remarkably consistent over long periods of time, but it is a poor predictor of returns over shorter periods of time. Let’s look at some examples to see why.

An individual retiring sometime between 1999-2002 owning a similarly broad and diversified portfolio of stocks would have likely seen negative real returns over the following decade (that is, after inflation, no return on investment). Under certain ongoing withdrawal scenarios, this could have been dangerous. The particular concern here is what is known as “sequence of return” risk, or the effect of continuous withdrawals from a stock portfolio during periods of low or negative returns.

To be clear, this risk does not apply to individuals who are not yet making withdrawals from their investments (and will not be soon). In fact, sometimes the opposite is true; if one is making consistent, regular contributions to their investments, short-term declines in the value of the investment portfolio can improve long-term return rates. However, those making withdrawals are of course in an opposite situation and cannot enjoy such benefits. Retirees must therefore yield some additional caution. 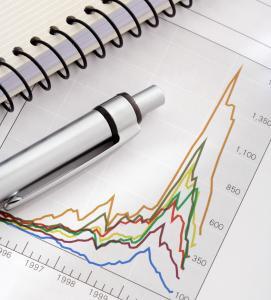 Several studies have tested the impact that differing return sequences can have on retirees. To the surprise of many, it turns out that retirees are not particularly sensitive to retiring in a bad year. If returns revert to average shortly after, one bad starting year was generally not problematic. This is partially explained by a retiree’s ability to draw from the more conservative portion of their portfolio (typically bonds) when the remaining portion (stocks) was performing poorly.

However, the results show that retiring in a decade of poor returns can have a large, negative impact on overall retirement safety. Such conclusions may remind us of John Maynard Keynes’ famous quip that the “long run is a misleading guide to current affairs. In the long run we are all dead.” In the context of a retirement portfolio with regular withdrawals, long-term return averages may not accurately reflect the returns received by a retiree making withdrawals regularly. This is because there may not be a large enough portfolio remaining after the first ten years to benefit from a return to long-term averages. It is important to note that, over the last century, a balanced portfolio delivered negative real returns over a 10 year period approximately 15% of the time.

So, when planning for retirement, how can we mitigate such risk? To some extent we must all accept the risk of an unknown future. The risk that stocks exhibit is the characteristic that provides us their benefits. Relinquishing that risk also means forfeiting potential return. However, research suggests that we may still have a chance at improving our odds of a successful retirement by making adjustments to our portfolio based on valuation.

Historical evidence suggests that making adjustments to a portfolio to reflect an emphasis on stock valuation may improve our odds of not running out of money in our lifetime. Research has shown clearly that one of the factors that is likely to contribute to low future returns in stocks has historically been buying (or holding) stocks at a high relative valuation. Based on this, it has been shown that reducing (but not eliminating) exposure to the stocks that are most expensive, and therefore emphasizing those that are the least expensive can improve long-run returns. Additionally, risk can be reduced by curtailing overall stock exposure when stocks, on average, exhibit above average valuations.

This strategy itself is not without risks. The most notable risk is that the strategy runs against another key academic conclusion: that financial markets generally reflect the accepted price (value) for any given investment at any given time. Thus, reducing stock allocations during periods of high relative valuation runs the risk of under-performing the stock market during positive years.

This research therefore tells us that if your goal is to reduce the risk surrounding the earliest years of retirement, owning less stocks near the earliest years of retirement may be a good strategy, and particularly so if stocks are trading at above average relative valuations at that time. Conversely, if stocks are trading near average or at a discount to relative long-term valuations, a retiree may find it more effective to accept above average stock risks for the improved risk/reward relationship.

Such a strategy is not a guarantee of success when investing. Nonetheless, this research may lead us toward more rational allocations for those nearest to retirement or those who have recently entered retirement.