The federal C corporation tax rate has moved to a flat 21% federal rate in the United States.

Note: Other than the new corporate tax rates, several items noted below expire in 2025 under the new law. 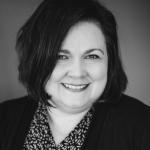 Rebecca is a tax and financial planning practitioner with Callahan Financial Planning Company, serving clients in San Rafael, San Francisco, and Mill Valley in Northern California, in Omaha and Lincoln in Nebraska, and in the Denver metro area in Centennial Colorado.